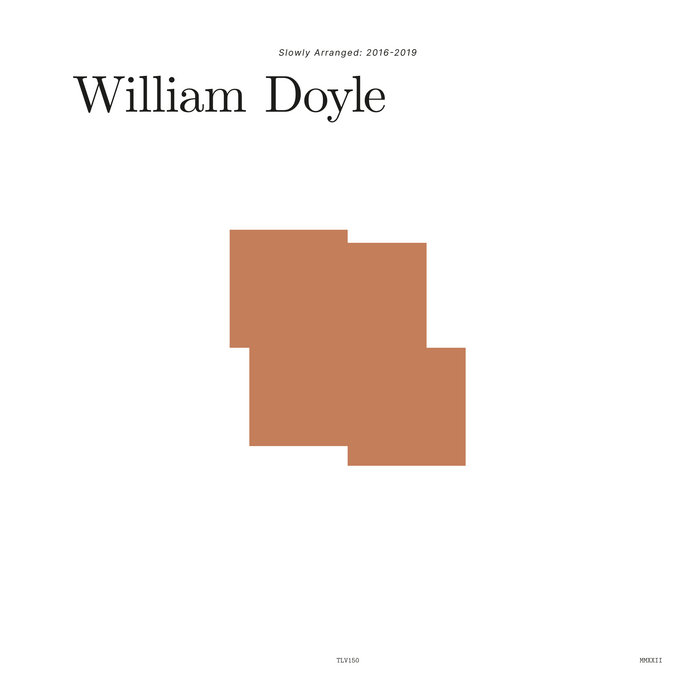 It’s nearing a decade since William Doyle released his Mercury Music Prize nominated debut album, Total Strife Forever, as East India Youth in 2014. A year later, he had toured the world and was releasing his second album, Culture of Volume, but it would be another four years before Doyle returned with his third full album, and the first official release under his own name. The dizzyingly ambitious Your Wilderness Revisited arrived in 2019 and was followed last year by the artpop masterpiece, Great Spans of Muddy Time.

In the years between leaving the old project behind and re-emerging under his own name, Doyle self-released a string of ambient-leaning albums, The Dream Derealised, Lightnesses Vol I & II and Near Future Residence, which are now to receive a first vinyl pressing via Tough Love as both a highly limited four LP white vinyl box set, titled ‘Slowly Arranged: 2016-19’, and as separate albums on black vinyl on 19th August 2022.

The Dream Derealised is a collection of nine abstract, lo-fi pieces that were recorded during the summer of 2016, when focusing on creating them helped guide Doyle through a “difficult period of anxiety, panic and a regular dissociative feeling called derealisation.” At the time, doing something creative in a quick and immediate fashion felt vital to Doyle, carrying him to a new place: “I’m releasing them now as a cathartic measure, and as a message for others who may be going through difficult times themselves. What I told myself at the time, what I can tell you now: You are not in danger. You are not going insane. You are not alone.”

Lightnesses Vol. I & II sees Doyle create what we might understand as true ambient music – that is, music intended for the background that wasn’t composed as such, but allowed to blossom out of the setting of some rules and parameters, played by sounds he created and then resampled. The deceptively simple, droning pieces are unlike anything Doyle has made before or since. “During their creation I’d often take photographs of the light coming in through the windows of the two houses I lived in during their creation. I’d post these on social media and they became quite popular parts of my output. This music was intended to accompany those visuals. The first volume’s photo is a double exposure of the sun shining in on my notebook and my hand, whereas the photo for the second volume was taken in Joshua Tree Park, California as I saw our tail lights illuminate one of the trees.”

Near Future Residence is music for an imagined place based on real ideas; the soundtrack for an ecologically sustainable housing development somewhere in a not-too-distant future Britain. The eleven instrumental pieces here come from a place of optimism, imagining a future that is based on cooperation, community and ecological urbanism. It's music intended to sit in this imagined environment rather than impose upon it, similar in principle to the function of Kankyō Ongaku (Japanese environmental music). The ideas contained on Near Future Residence laid the groundwork for - and can be seen as a companion piece to - the album Your Wilderness Revisited, released to critical acclaim in 2019. Doyle explains how the pieces “were composed in entirely generative ways using samples of instruments, synthesisers and field recordings I've collected and developed throughout 2018. In generative composition, rules are set and parameters are chosen and then put into motion, the results constantly changing and surprising.”