← back to
Tough Love
Get fresh music recommendations delivered to your inbox every Friday.
We've updated our Terms of Use. You can review the changes here. 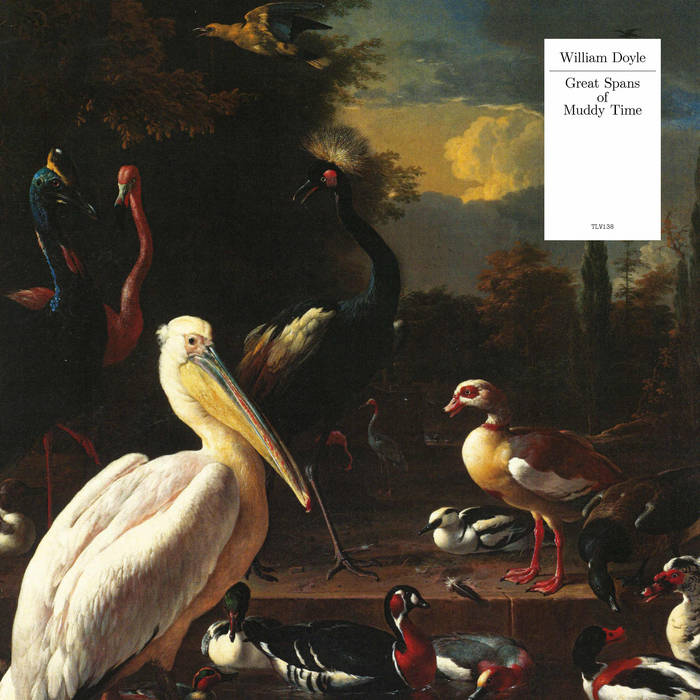 snitchesbrew Sumptuous and flabbergasting, it left me transfixed with ease and will surely continue to grow in my mind. Melancholy and serenity combined for pure sensation, and a great sense of wonder within emptiness. Favorite track: Who Cares.

It’s difficult to comprehend how William Doyle is still in his twenties. It’s nearing a decade since he handed a CD-R demo to the Quietus co-founder John Doran at a gig, who loved it so much he set up a label to release Doyle’s debut EP (as East India Youth). A debut album, Total Strife Forever, followed in 2014, as did a nomination for the Mercury Music Prize. A year later, Doyle was signed to XL, touring the world and about to release his second album – all by the age of 25.

It would be another four years before Doyle returned with his third full album, and the first under his own name (though he self-released four ambient and instrumental projects in the meantime). A work of enormous scope, ambition and detail, 2019’s Your Wilderness Revisited received ecstatic reviews, with Line of Best Fit calling it “a dazzlingly beautiful triumph of intention” and Metro declaring it an album not only of the year, but “of the century”.

Great Spans of Muddy Time arrives just over a year later, in spring 2021, as Doyle turns 30. In many ways it is the antithesis to Your Wilderness Revisited: Doyle’s unique exploration of pop, art-rock, ambient and idiosyncratic compositions – married with a voice that deftly glides from tender restraint to soaring peaks – remains, but it’s rawer and less polished now. “It was liberating and felt like a nice tonic to how long the last album took and how much blood, sweat and tears went into it,” he says.

This new album was born from accident but pushed forward by instinct. After his hard drive failed, many of the pieces Doyle had been working on were saved only on tape. “I’d been running things out of the computer and into a TASCAM 414 tape machine to achieve a more saturated sound, to mess with the pitch control, and generally just transport whatever I was working on into a different realm,” he says. “I wanted tactility, and to allow for error to enter the process.”

What came from this was a sense of letting go, and an embrace of the wonky and jagged. “Instead of feeling a loss that I could no longer craft these pieces into flawless ‘Works of Art’, I felt intensely liberated that they had been set free from my ceaseless tinkering.” Doyle felt a change in the way he approached, and thought about, making music. These unedited, often improvised pieces, free from fine-tuning, plunged him into uncharted waters.

Lead single “And Everything Changed (But I Feel Alright)” neatly embodies this approach. “It feels like the biggest rebuttal to the excess of the last record,” Doyle says. “It has a groove that rides for the whole thing, and feels like a change to the skittishness of the last one.” On top of the gently pulsing electronics, soothing harmonies and glowing melodies, there’s also a ripping guitar solo that ricochets around the song like a pinball.

It’s representative of the album as a whole: eclectic and unpredictable, but also playful and infectious. “I wanted to get back into the craft of writing individual songs rather than being concerned with overarching concepts,” Doyle says. Elsewhere there’s the synth pop strut of “Nothing At All”, pulsating static on “Semi-Bionic”, incandescent synths and enveloping soundscapes in “Who Cares”, and the ambient glitch groove of “New Uncertainties”.

Though this project reflects Doyle’s visceral response to the hard drive malfunction, he has also welcomed outside influence. “Berlin-era Bowie seems to have been an influence that pervades every record I've made,” he says. Here, that manifests itself more in terms of texture. “The album this turned out to be – and that I’ve wanted to make for ages – is a kind of Englishman-gone-mad, scrambling around the verdancy of the country’s pastures looking for some sense,” says Doyle. “It has its seeds in Robert Wyatt, early Eno, Robyn Hitchcock, and Syd Barrett.”

Some inspirations are as physical and geographic as they are musical and artistic. Memories of endless tour van trips across the Pennines float through “I Need To Keep You In My Life”; long walks, widescreen views and cosy pubs provide the backdrop to “St. Giles’ Hill”; and lunchtime visits to Doyle’s favourite record shop World of Echo punctuated the artistic process.

Another, less predictable, influence came to provide the album’s title. “I started watching Gardeners World quite religiously during lockdown,” Doyle says. “I became obsessed with Monty Don. I like his manner and there's something about him I relate to. He once described periods of depression in his life as consisting of ‘nothing but great spans of muddy time’. When I read that line, I knew it would be the title of this record. Something about the sludgy mulch of the album’s darker moments, and its feel of perpetual autumnal evening, seemed to fit so well with those words. I would also be lying if I said it didn’t chime with my mental health experiences as well.”

Accordingly, the album probes an inner turmoil, the lyrics to “Theme from Muddy Time” capturing a sense of despair and pained hollowness as they ring out over engulfing electronics. But the track, as well as the album, also captures a period of positive change. “This piece contains an element of breaking through a barrier,” he says. “Either by force or with time. Things change. Time does pass. The cloud does make way to reveal the sun.”

A period of therapy has played a role in Doyle’s creative evolution as well. “I think therapy made me comfortable enough to be like, it's alright just to express this album as an imperfect thought,” he says. “That's made me want to be a little bit less precious. I've learned more about the way I usually work and how I might want to subvert that in the future through making this record.”

Solidifying the album as a bold statement rooted in the artistic joys and possibilities of letting go, is the artwork. Doyle had been keen to use an abstract artwork but licensing was an issue. While searching the archive of the Rijksmuseum in Amsterdam, something caught his eye. “I saw this painting which was totally, completely different to what I had been looking for,” he says of Melchior d'Hondecoeter’s 17th century scene of water birds. “I had such a visceral reaction to it. I carried on searching for weeks, but kept coming back to this one.”

Doyle showed several options to the label and they loved the birds just as much. “Picking the artwork has mirrored the whole process,” Doyle says. “Trying so hard to make the perfect thing when really it was just sitting there the whole time, with that immediacy and reaction that I had to it. It gave the record its identity and solidified it.”

Great Spans of Muddy Time is a beautiful ode to the power of accident, instinct and intuition. The result, however, is far from an anomaly: this celebration of the imperfect album is one that required years of honed craft and dedicated focus to achieve. “For the first time in my career, the distance between what I hear and what the listener hears is paper-thin,” Doyle says. “Perhaps therein reveals a deeper truth that the perfectionist brain can often dissolve.”

Written, Produced & Mixed by William Doyle at home in Hackney

Track 3 was recorded live to tape at Coronet Studios, Hoxton
Track 4 was assembled at the East India Youth Hostel, London E14
Don’t look for it; it’s not there anymore.

The painting on the cover is ‘A Pelican and other Birds near a Pool’, otherwise known as ‘The Floating Feather’ by Melchior d'Hondecoeter, c. 1680, taken from the collection at the Rijksmuseum, Amsterdam and reproduced here under the Creative Commons CC0 1.0 licence.

The title of this record is a quote from The Jewel Garden by Monty & Sarah Don, in which Monty writes:
“Then I was hit by a bout of depression that kept me to my bed for a number of weeks. If nothing else – and one of the points about depression is that there is nothing else for great spans of muddy time – it gave me time to think.”