← back to
Tough Love
Get fresh music recommendations delivered to your inbox every Friday. 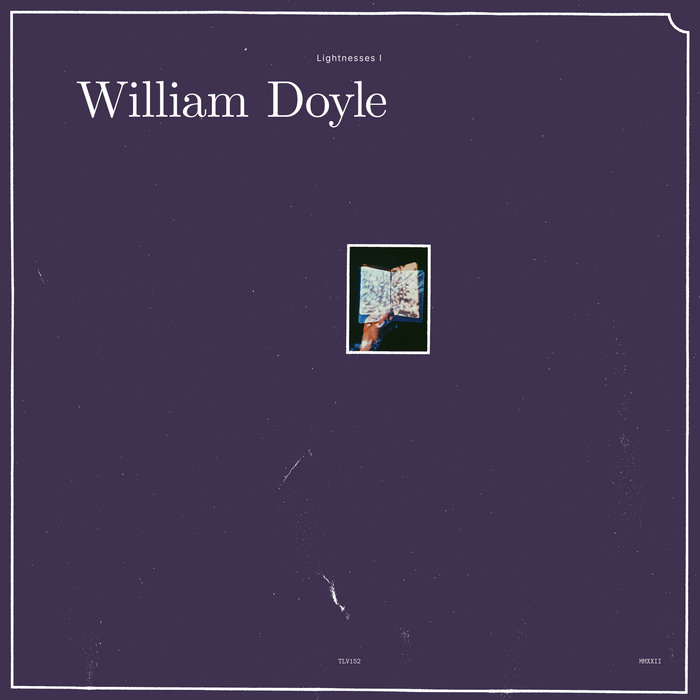 Now available on vinyl for the first time as part of a four LP boxset entitled Slowly Arranged: 2016-2019, or as a double LP along with the other volume of Lightnesses. Out August 19th 2022

Emerging accidentally from inauspicious circumstances, Lightnesses evolved during the recording of an as-yet unfinished album, when the coda of one track spiralled out into infinity in one long but ever-evolving drone, constantly shifting in form

Lightnesses materialized over one weekend, the recordings accompanying a night’s sleep, a particularly drab edition of Children In Need and an ATP tennis final. With the soothing noise implanted and yet still evolving, Lightnesses was proposed by visiting guest John Loveless. The name is inspired by the soft sunlight that falls on the wall of Doyle’s whitewash, new-build walls, oddly beautiful in such domestic circumstances; especially after an afternoon drinking in Wetherspoons. Soon, Doyle was “obsessed with how light would move through my bedroom, reflecting off of my blinds and off of other windows outside, bouncing from car windshields in the car park down below, slowly changing its position over time both daily and seasonally.” Collected on Doyle’s Instagram feed as #lightnesses, this release provides a fully realised accompaniment.

“My propensity for melody, and my history of songwriting has usually placed structure and anticipation at the centre of my work, so it was a surprise to realise that I could turn my process on its head quite easily and become open to the idea of randomness and chance”, explains Doyle. “I just let it run, coming in and out of the room, writing e-mails and reading a book while it continued. This drone changed not only my headspace but it seemed to have a powerful effect on my physical environment too, no different perhaps to the addition of a new piece of furniture or ornament to a room.”

Throughout opener ‘Aisles of White’, clusters of delicate granular piano keys rise and fall over a subtle but potent drone. Eventually, a compelling pattern of quiet tension emerges, followed by microdoses of release, each element echoing into another seamlessly. Meanwhile, ‘Number of Harmony’ bathes the listener in stunning organ-led textures, adding greater sense of movement - an unexpected surprise in the initially unpredictable recording process - and perhaps a more pronounced sense of psychedelia. Even in such limited context, bound by repetition, Doyle conjures a unique feeling of melancholy, catharsis or even just somnolence.

Inspired by artists such as Tim Hecker and Brian Eno, Doyle is a self-confessed student of ‘ambient’ music in it’s purest, occasionally passive form. However, Lightnesses is his first effort in fully embracing that perspective; a consuming, mind-altering love letter to the very state of listening.